Kevin Sabata was just seven years old when he needed a sponsor to educate him at Mukuni Basic School. His father had been diagnosed with TB and both his parents were HIV positive. On hearing this information, The Butterfly Tree provided support for the family, though sadly it came too late as shortly after Kevin’s father died, followed a week later by his baby sister, who died of malnutrition. 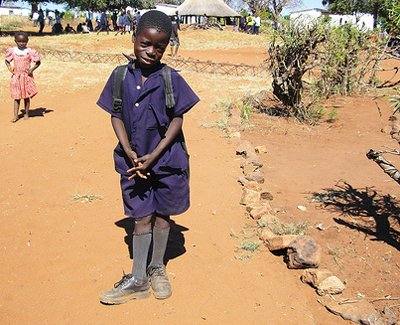 This set the motions in place for the founder to immediately start a feeding program for under five’s at Mukuni Health Centre. The charity is also providing a feeding program at Mukuni Basic School for vulnerable children, of which Kevin is a participant.