The Butterfly Tree charity was founded by Jane Kaye-Bailey after a business incentive trip to Zambia with her late husband, Lawrence, in February 2006. During a visit to the Mukuni Village they learned about the decimation caused by HIV/AIDS in Zambia, every family had been affected. Out of 1000 pupils in the school, almost half of them had lost one or both parents. Jane was determined to find a way to raise funds to help these vulnerable children.

The Butterfly Tree is a non-political, non-government organization. We promote equality. We do not discriminate against people on grounds of sex, race, disability or religion. From its concept the charity’s philosophy is to ensure that all donor funds go directly into the grass root projects – no personal fees or administration fees are deducted. All members both in the UK and Zambia are volunteers. 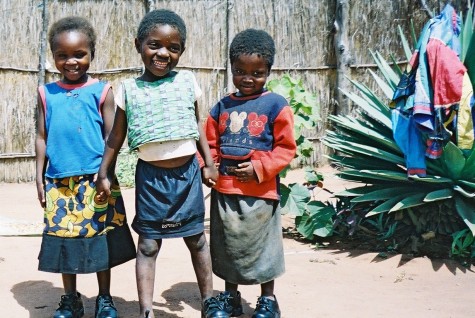 Inspired by these three little girls – Angela, Esnart and Cynthia

Jane Kaye-Bailey set up a UK charity in March 2006, which was registered with the Charity Commission in February 2007. A month later The Butterfly Tree was registered as a Non-Government Organization in Zambia – Find out more.