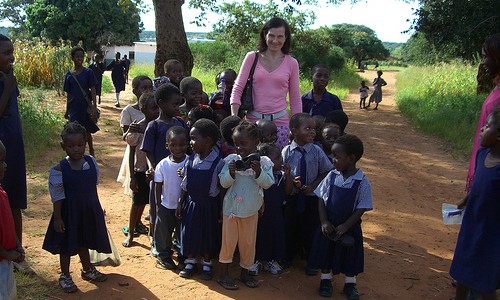 I am delighted to report that The Butterfly Tree has had an extremely successful year, despite the global crisis. Each year since March 2006 we have been able to reach out to more rural schools and villages. This is due to several factors: the continual sourcing of new funds and grants, spreading awareness, promoting the charity through the tourist industry and our website which resulted in a Google AdWords charity award. Last September we were shortlisted to the final five of the ‘Best New Charity of the Year’ at the Charity Times Awards in London.

Working with the tourist industry to reduce world poverty, The Butterfly Tree was chosen as the official charity at the 2008 European Travel Distribution Summit, where we hosted a seminar on philanthropic travel and corporate social initiatives. We have recently been featured in Conde Nast Traveler and numerous tourists who have visited Zambia have offered support. All of these achievements have helped The Butterfly Tree to gain international recognition and increase awareness of the significant work we are doing in these remote communities. 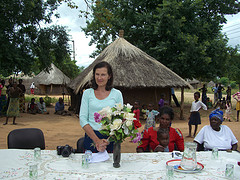 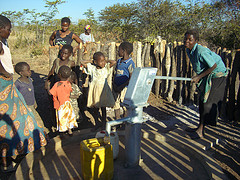 The Zambian team is based in Mukuni Village close to the Victoria Falls and it is here where all the projects are initiated. They are an amazing group of people and I would like to thank them for their tireless efforts – the secretary who does a wonderful job of administering the charity, all of the committee and the ten female representatives who look after the welfare of the orphans. A special thanks to Chief Mukuni for his counsel and to the Bedyango, Chieftainess of Mukuni.

Although all the projects we fund are of great importance water is the most vital. Seeing people drinking from crocodile-infested rivers is very distressing; seeing the six new bore holes, four of them situated in schools, is a very humbling experience and has made a huge difference to the lives of over two and a half thousand children.

Supporting these developing countries, working with local authorities and increasing grass root projects, is crucial. Zambia has one of the highest rates of HIV in the world; Africa malaria is another of the serious diseases. This year the World Health Organisation selected Zambia as a role model after seeing a 66% reduction in malaria mortality during the last decade. Other major problems are TB, malnutrition, lack of safe water, poor health and education facilities. Poverty is the cause of most of these issues as 64% of the population is living on less than fifty pence a day.

Our most challenging project this year is to extend the health centre and school at Katapazi, some two hour drive from Mukuni. A male ward will be added to the clinic and a new classroom for older school pupils up to grade nine. As always, children remain the focal point of our work and the number of HIV/AIDS orphans is still far too high. Although we are currently supporting two hundred, we need many more people to sponsor an orphan. All our programs are for the benefit of these vulnerable children. They are the future and by educating them they are the ones who can make a considerable difference. Many of the orphans will be involved in the sustainable projects we are setting up with the schools. 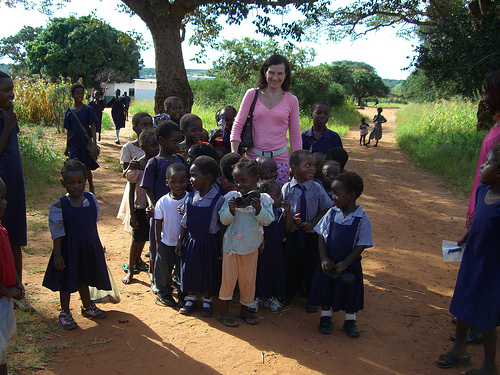 This has been the Butterfly Tree’s finest year to date both in fundraising in achievements. However I feel I cannot fail to mention the period in November which shook all of us when Lawrence Bailey, my late husband, was tragically killed in a helicopter accident. He was a great support to both me and the charity and gave generously both his time and money. An astounding £7500 was donated to The Butterfly Tree in Lawrence’s memory.

I sincerely thank everyone who has contributed to the growth and success of the charity this year, regrettably too many to mention individually, though each has helped us to achieve our aims. My thanks to the volunteers in the UK, to those who have travelled from England, USA and Australia to work at the schools and clinic, and to the medical companies who have donated valuable supplies. I would like to welcome Miranda de Freston to the board of trustees and thank her for providing and hosting the website, attracting a huge number of global followers. All the support we have received has given us the resources to equip these remote communities with the essentials in life that so many of us take for granted – water, food, health and education.