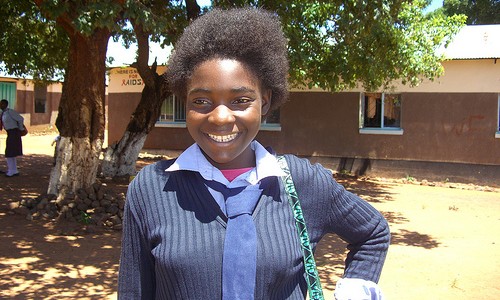 Jesse Musowe used to lived in Kamwi Village with her mother, twin brothers & step-father. She is now fifteen years old and in grade nine at Mukuni Basic School. To earn money to provide for the family her step-father had grown vegetables some miles from their home then carried two heavy loads twice a week to Livingstone, a distance of twenty miles from Kamwi. To ease the burden The Butterfly Tree bought the old man a donkey and asked him to provide his vegetables for our feeding program at Mukuni school , only three miles from his home.

In 2010 Jesse’s stepfather died leaving her mother to support the children. However Jesse’s brothers to earn an income collected charcoal and used the donkey, named ‘Butterfly’ to carry their loads. Sadly in 2011 there mother passed away and the children had to find new homes. Jesse and Siakuba both live with the senior headman and his family in Kamwi and Aaron lives with a friend.

The Butterfly Tree has also added Aaron and Saikuba, both seventeen years of age, to our orphan sponsorship program, all three children are gaining a good education. Jesse particularly is doing extremely well at school. 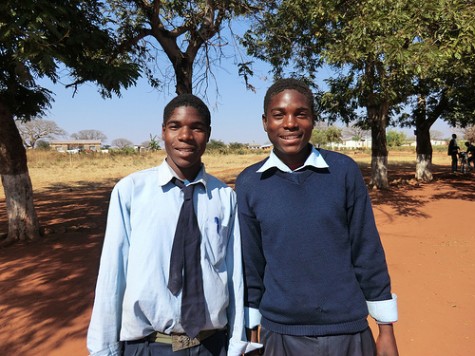 Jesse, aged 10, with her family in Kamwi Village