How your donations have helped to impact the lives of thousands of children in Zambia, most especially by aiding them to have a sound basic education, which has given them hope for a better future:

Since our first development took place at Mukuni in 2006, to present day where improvements are currently being make in many more rural schools, The Butterfly Tree has worked in over thirty schools in four Chiefdoms in the Southern Province of Zambia. Some of the schools have less than 100 pupils, whereas as others such as Mukuni and River View have in excess of 1,000 pupils. One thing that is common ground, Zambian children love to learn and value their education. 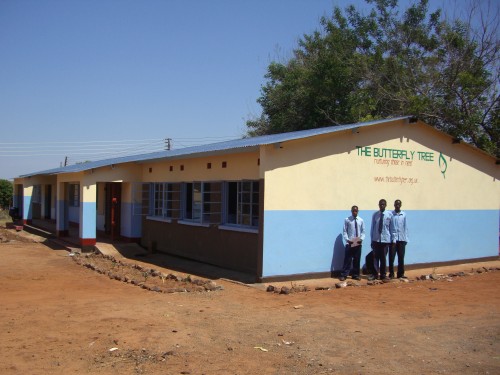 In the past ten years we have built entire new schools, which include classrooms, teacher’s houses and latrines. In other cases we have made improvements by adding extra facilities most importantly bore holes to provide a safe source of water, we have boarding shelters and feeding programmes, donating seeds and fertiliser for school gardens. 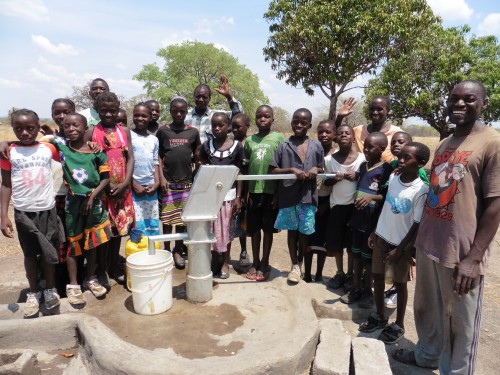 ONE OF THE 15 BORE HOLES DONATED TO SCHOOL – SIACHIKUBI 2015

Below is a report from a teacher in the Nyawa Chiefdom, Lloyd used to be Head Teacher at Nampuyani School and is now working at Singwamba. Both schools have undergone extensive development thanks to generous funding from Attraction Tickets Direct who are also funding Sinsimuku School, which is currently being advanced.

‘Nampuyani. After so many years of kids learning in derelict buildings… from early 90’s up to 2014 Nampuyani Community School is now a school where teachers and pupils can teach and learn in a conducive environment. I remember the first day I set foot at this school as teacher in charge, the classrooms were dusty, windowless, no doors and there was no teacher’s house. This was beyond my expectation, I was so shocked. The school was utter ruins but the kids I found were very eager to learn. After settling down, though grudgingly, I began mobilising the community to make bricks and collect raw materials for a classroom block and a staff house. After we had collected enough materials I went in search for assistance. But unfortunately no one was able to help and the best they could do was to promise. Two years later I approached The Butterfly Tree charity and told them the situation. Promptly they came on board and sunk a borehole, completed the classes and built a staff house. The school is at the moment one of the best in the district and hence zonal meetings for both Kauwe and Nguba zones are held there. I am no longer at that school but due to its better condition the district education office has sent three trained teachers. In the past the school was run by grade nine drop outs which undermined pupils performance’. Lloyd Lukama Kasala 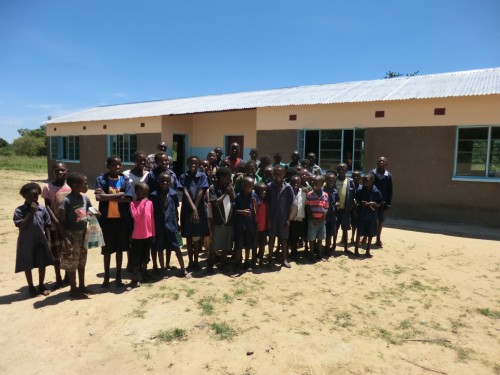 The Jersey Overseas Aid Commission has providing our main source of funding for school development. Their grants have enabled us to develop eleven schools. As one of their Community Works Project we will shortly host ten volunteers from Jersey, for a second year,who will help construct two 1 x 3 classroom blocks at N’gandu School. The British and Foreign School Society has also given us tremendous support for our education programmes. 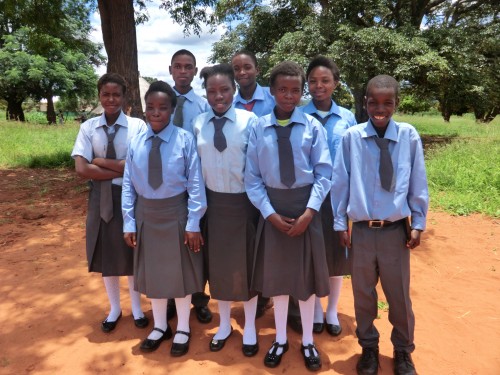 Without education the future of these rural children will not be so bright. The Zambian economy is suffering and funding for education is limited. If we can improve the infrastructure in rural schools the Ministry of Education will provide trained teachers. It is our aim to source and reach out to more remote areas where children are unable to go to school or attend schools that need further development.