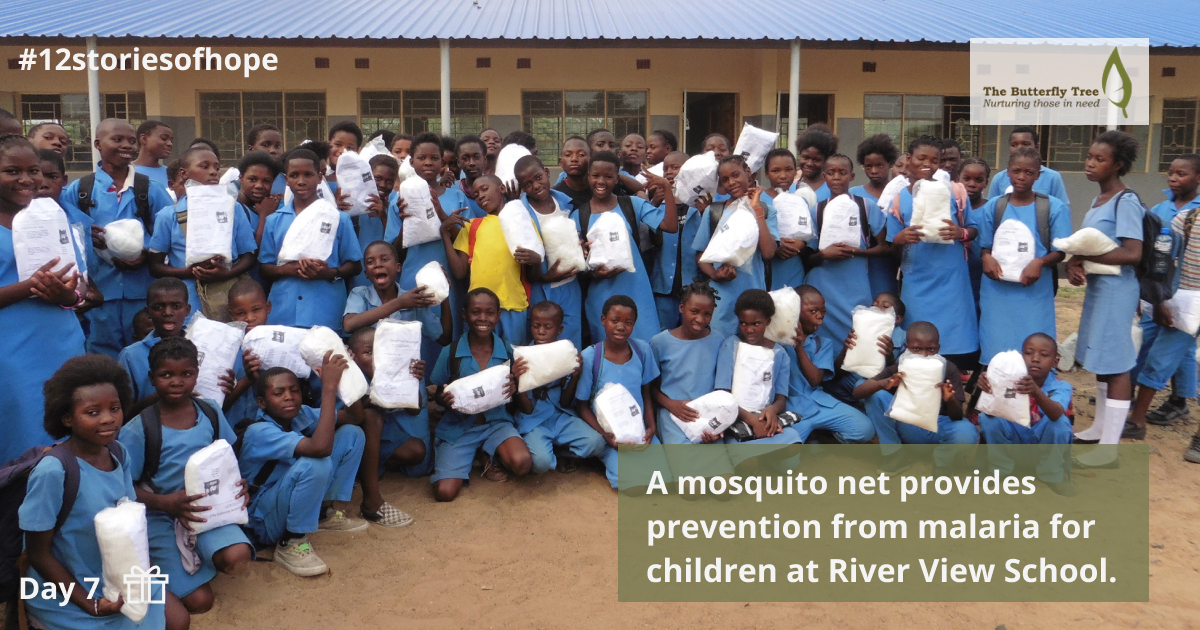 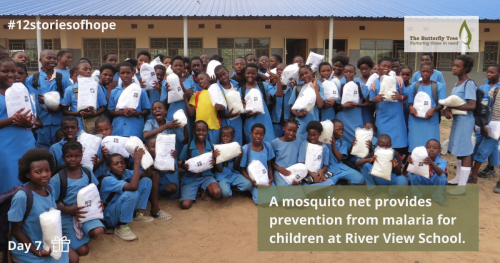 Malaria prevention – Every two minutes a child dies from malaria. According to UNICEF, malaria there are 2,500 deaths each day, these are mostly children under the age of five in sub-Saharan Africa. Zambia has a high prevalence of malaria. The Butterfly Tree has provided tens of thousands of mosquito nets in rural areas throughout the Kazungula District. In 2017 ‘mosquito nets for schools’ was launched by the charity after learning that school children were contracting malaria due to lack of protection. Priority is usually given to pregnant women and children under the age of five.
To date the charity has donated mosquito nets to 13 schools in the Kazungula District. In 2015, The Butterfly Tree initiated a safe innovation to protect people from malaria, which is highly effective in reducing the number of cases. A safe insecticidal coating is painted on the inside of dwellings, when a mosquito lands on a wall, it will pierce the surface, ingest the chemical and will fly off die. In addition, larvicide granules are dispersed in ponds and streams to prevent larva from developing into mosquitos. Both interventions are safe to humans, animals and fish. This has proved to be highly effective in reducing cases of malaria in areas of distribution in Mukuni, Nyawa and Moomba Chiefdoms.
A mosquito costs just £6 or $9. 100% of your donation will go directly to the cause.
https://www.paypal.com/gb/fundraiser/charity/20638
https://donate.kindlink.com/the-butterfly-tree/1598