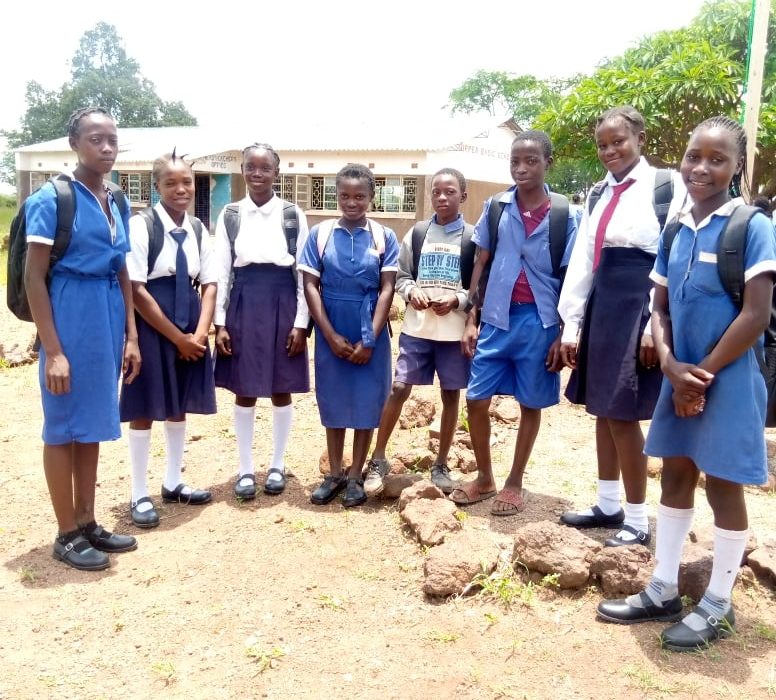 2021-22 HIGHLIGHTS GIVE HOPE TO THOUSANDS

Despite all the challenges and the increase in demand for charity donations, I am delighted to report that 2021-22 was the second-best year since the founding of The Butterfly Tree. The only other year when we raised more money was in 2019-20, though almost a quarter of the donations was to assist with emergency food relief when The Southern and Western Provinces suffered the worst drought in over 30 years. This past year has been exceptional and thanks to our local team in Zambia numerous projects have been successfully initiated, managed and monitored.

There were many highlights during the past year – the main one being the development of a rural health post in the remote area of Katondo in Nyawa Chiefdom. Once again we received a generous grant award from Guernsey Overseas Aid and Development Commission to fund this. The project included a clinic, two staff houses, toilets, a borehole and a biodigester, as well as equipment and mosquito nets. This is a great assett to the area as the nearest clinic was in excess of 20km. We are also grateful to Blooms the Chemist, Australia, who sent regular donations to support Simonga, Bunsanga and Mambova Rural Health Centres. 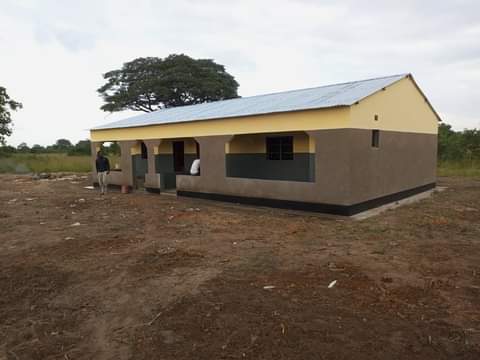 As always we continue to support malaria prevention. According to The World Health Organisation’s latest malaria report 2020 saw an increase of 14,000,000 on the previous year and 627,000 deaths. This increase was partly due to the disruptions in distributions caused by the COVID-19 pandemic. Thanks to further donations from the Association of Inner Wheel and Stratford Rotary Club we have donated insecticidal coating to Moomba Chiefdom, and several thousand mosquito nets to schools in Moomba and Ngwezi areas. 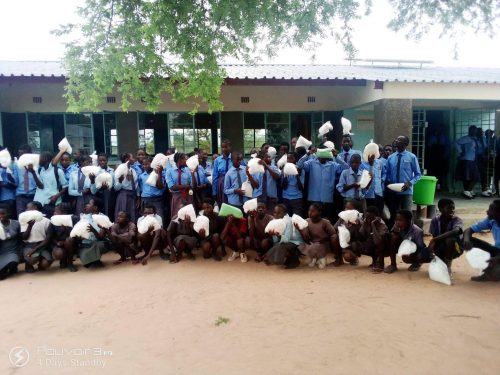 The Murphy Family Foundation gave a substantial donation towards our education programmes. This donation provided textbooks, shared amongst primary and secondary schools throughout the Kazungula District, but the majority of the Foundation’s funding paid for further education. Five students who completed school after being on The Butterfly Tree’s orphan sponsorship programme are currently attending university reading the following courses: pharmacy, engineering, accountancy (2) and teaching. In addition, eight students are learning skills at college. A further six young women are being funded to go to college by Theirworld and two private donors are sponsoring two nurses. 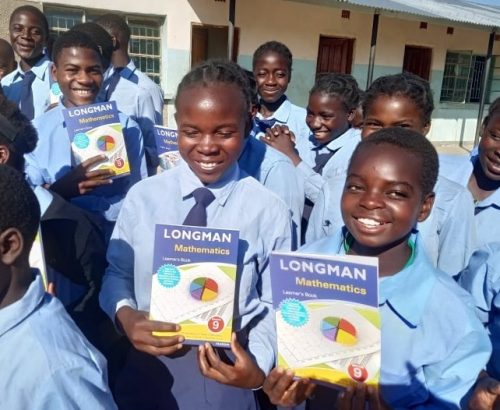 The Butterfly Tree has been sponsoring orphans since 2006. Every year more sponsors come on board and this year Senkobo Primary School was added to this list. The other schools where orphans and vulnerable children are being sponsored are: Mukuni, Kamwi, Ngandu, Ndele and River View and Kazungula Boarding School. Nine pupils completed school in December 2021 – the girls at River View gained exceptionally good results. Standards at River View, situated next to Botswana border, have improved considerably since we built the high school, rarely do girls fall pregnant or enter into early marriages. 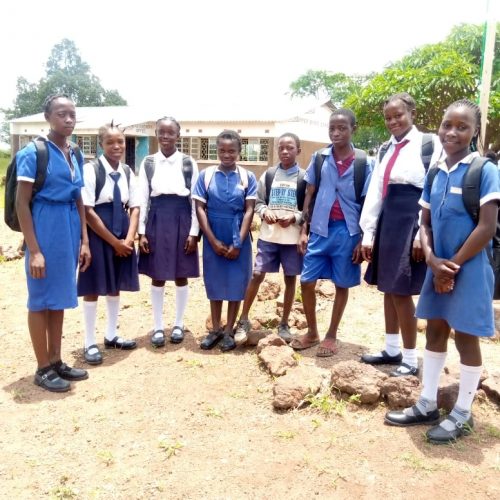 There are still far too many pupils still learning in mud and pole buildings and overcrowded rooms. We constructed a classroom block at Kamwi Primary School to enrol grades 8 and 9 pupils, which will save them having to walk the long journey to Mukuni. A classroom block in Chabalanda, Musokotwane Chiefdom, was completed at the end of last year, and one is currently being built at Mubuyu in Nyawa. The community at Sichifulo had attempted to build a classroom block and science lab but this would have taken years. Using money left to The Butterfly Tree by the late Richard Reid, a retired teacher who volunteered in Zambia after which he supported the sponsorship of orphans for many years, this project will shortly be completed.

As always there is a need for boreholes. Last year we were fortunate to have been awarded a substantial grant from Fedex. This enabled us to install boreholes in remote areas where the communities relay on drawing drinking water from streams and rivers. The rainy season is about to end, therefore we will shortly resume this vital programme and add the remainder of the boreholes from the grant aid as well as others. One of our donors will be running the Vitality London 10k race on May 2nd to raise money for a borehole for Haboomba, which will supply 1,558 people with safe clean water. 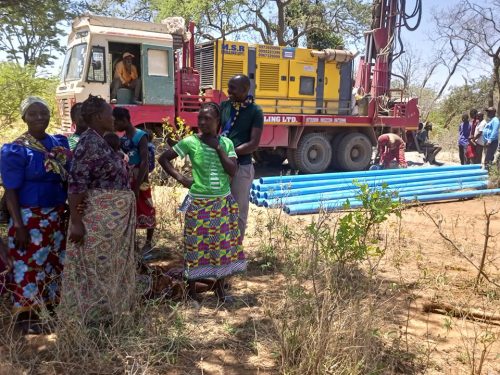 SUCCESSFUL DRILLING FOR A BOREHOLE – NAMPAKA

Give a Hand, our Canadian partner, who had previously funded a beekeeping project for 200 women in Mubuyu gave a further donation to progress with the ‘Mangoes of Hope’ project for 200 women in Musokotwane. The women have received extensive training in the production of dried mangoes, mango juice, mango jam and mango chutney. Give a Hand also funded a chicken and vegetable growing project for 200 Sekute, which will shortly up and running. Each of these projects will provide sustainable income-generating enterprices for women living in remote areas. 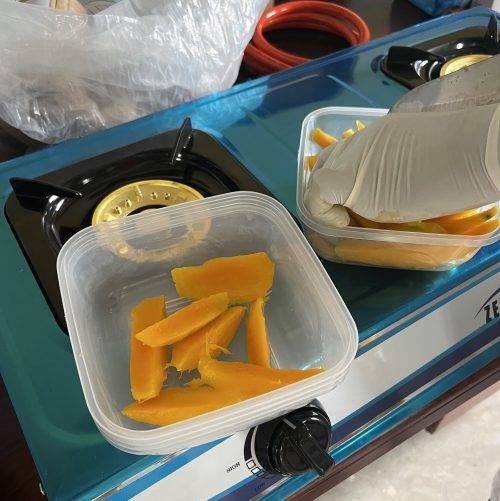 Several of the orphans on our sponsorship programme were given new homes thanks to Motive Real Estate, Texas, In addition, a private donor sent a donation to fund four more houses for widows and orphans. These will be finished once the dried grasses are available for the thatched roofs. No one is permitted to cut the grasses until June when they should be completely dry. Women in Manyemuyemu and Sikachapa have welcomed the addition of mother’s shelters in their communities. Women who live a long distance from the health centre will no longer opt to deliver their babies at home, instead they can stay at the shelters a week prior to the onset of labour. These were kindly funded by the Society of the Sacred Heart who also funded a Girls’ Empowerment project, which is proving to be invaluable. 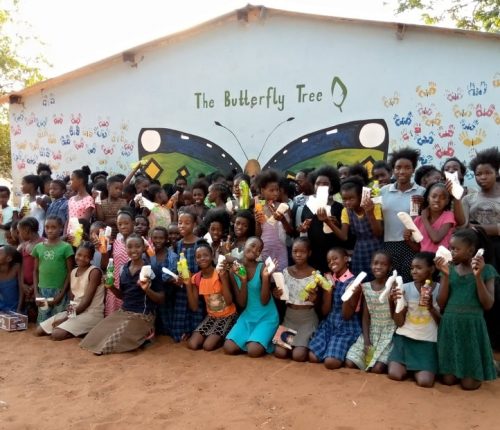 Towards the end of this financial year youths in Mukuni Chiefdom had a major highlight. We have been working with Pepe’s Zambia-Football Foundation for the past two years. Founder, Scott McClure, after donating a vast amount of football strips and equipment and two new goal posts for Mukuni pitches, arrived in Zambia. Organised by The Butterfly Tree a tournament with twelve teams taking place was scheduled for early April. We use football and netball as a means to creating awareness of the dangers of HIV, teenage pregnancies, and alcohol and drug abuse. 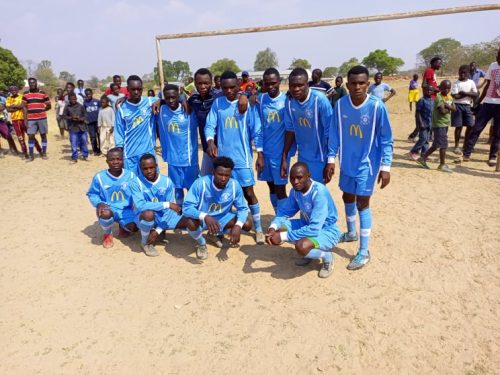 The new financial year for 2022-23 has got off to a good start and we hope the support will continue during the next 12 months. If you would like to support a specific project please contact jane@thebutterflytree.org.uk or if you would like to help Zahid raise money for a borehole at Haboomba please click on this link

Many, many thanks to all our generous donors and fundraisers for making this such a successful year, and to all our volunteers in the UK and Zambia for their committment and dedication in helping to improve the lives of orphans and vulnerable people. A full Annual Report will be published once our accounts have been audited.