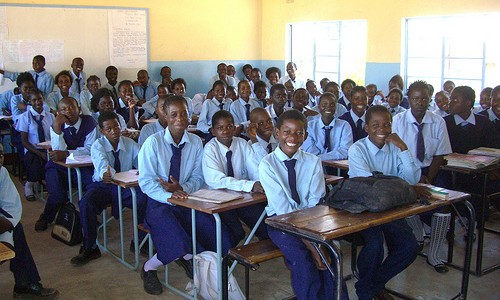 Since The Butterfly Tree’s involvement at Mukuni Basic School a great deal of development has taken place. After a successful project funded by The Butterfly Tree the completion of a three bay classroom, with storage rooms and an office, has been achieved making it the first rural high school in Kasungula district. Since then a further three bay classroom has been added as well as classrooms for pre-school, and special education children. A further two bay classroom was completed in June 2013. In addition boarding shelters have been constructed for older pupils who have to walk long distances to school. Extra boarding facilities have been added in January 2014. The school has over 1000 of which almost 50% are orphans due to the high rate of HIV and AIDS in the area. Our ‘sponsor an orphan‘ program has sponsored over 500 of these vulnerable children since 2006. 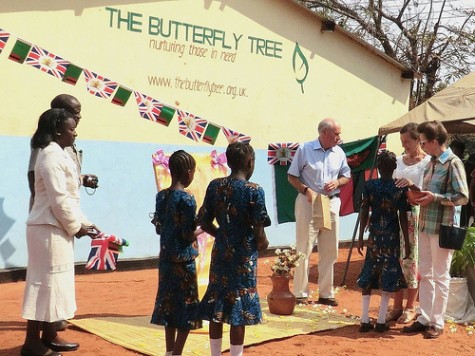 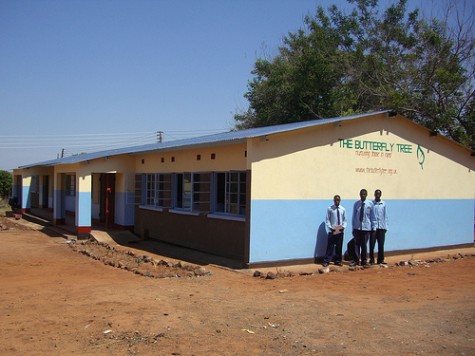 Three bay classroom funded by The Butterfly Tree – opened in 2010

Three bay classroom  funded by The Butterfly Tree – opened in 2010

Our achievements with Mukuni Basic School so far

History of the Basic School 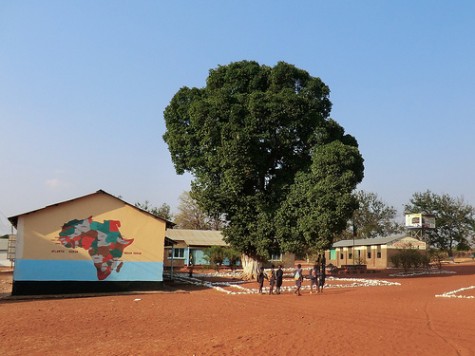 Aged 56 Reverend Presley Mulenga comes from Eastern Province of Zambia and completed school in 1979 with a Cambridge certificate. In 1984- 85 he enrolled at Chipata Teachers’ College to study teaching as a profession. His first appointment was at Mambova Primary School in the southern province in 1986. In the same area in 1993 Presley was promoted to Deputy Head Teacher at Katombora Basic School. During this time he took a diploma in education, five years later he became Head Teacher at the same school.  In 2002 Presley was sent to Mukuni Basic School as their Head Teacher with his wife Sylvia Muwowo and their five children. In 2010 Presley became a Reverend. He is driving force behind this successful school and since The Butterfly Trees’ involvement Mukuni Basic School has progressed considerably in the past six years. Jane and Presley work closely together on all the projects to achieve better working conditions for both pupils and teachers, improved quality education and advanced facilities. After thirteen years as Head Teacher at Mukuni Basic School Presley was moved to River View School in the Sekute Chiefdom. He is very much missed in the village, but remains a key member of The Butterfly Tree in Zambia. 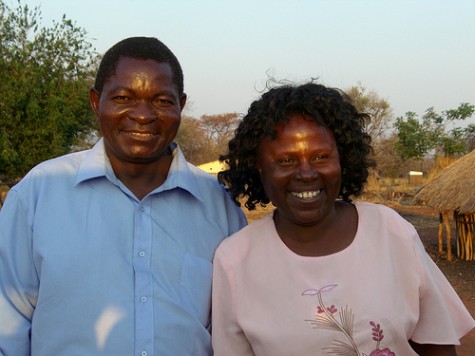 Since The Butterfly Trees’ involvement Mukuni Basic School it has progressed considerably in the past seven years and Jane and Presley work closely together on all the projects to achieve better working conditions for both the pupils and teachers, improved quality and education and advanced facilities.

2013 there are now over 50 teachers in all sectors of the school: 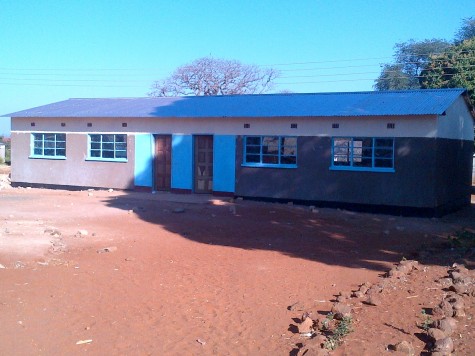 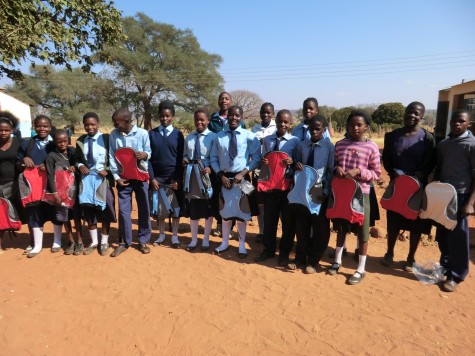 Two hundred schools bags were donated to pupils in 2013 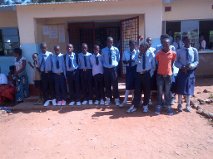 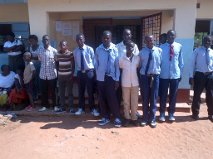