Last October I visited the remote village of  Ngandu, also in the Mukuni Chiefdom and a ‘feeder’ school to Mukuni Basic and High Schools.

Ngandu School was founded by the Roman Catholics in 1939. The first pupils were taught under a tree, there were no books or boards so they used to write on the ground with their fingers.

After the government took over the running of Ngandu School in 1966, changing the standards to grades, very little has been done to improve the infrastructure. 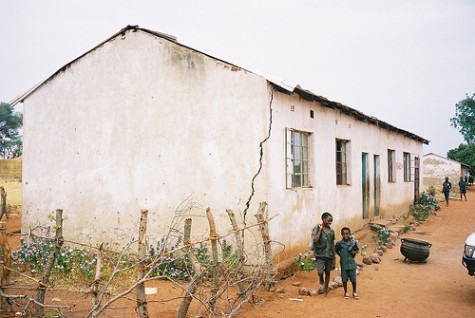 Ngandu School has produced notable people including Ministers, Directors and Chiefs and catered for both the Southern and Western Provinces of Zambia. Sadly they all seem to have forgotten about their rural routes as the school is in desperate need of restoration and funding. 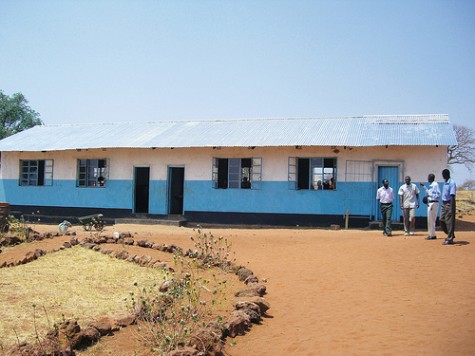 Chief Mukuni asked me if I would visit Ngandu school and see if we could do anything to help. In early 2007 The Butterfly Tree paid for restorations to a classroom, which includes a new roof and sponsoring several of the school’s orphans and work on a second classroom will shortly be underway. If we can eventually upgrade Ngandu School it will save children having to walk several miles to Mukuni School.