Boost for Water, Health and Education

The new financial year has got off to a great start! Since April 1st I am delighted to say that we have received a substantial amount of funding to add more bore holes, to provide extra support for Malaria and HIV prevention, and to construct new educational facilities.

Using donations from a private donor, Cayman Islands Rotary Club and Kampango we are about to install two bore holes at Singwamba Health Centre, which has a catchment of 7,500 and for River View School, attended by 1,100 pupils. At present both areas rely on river water, which is full of bacteria and in the case of River View, teeming with crocodiles. 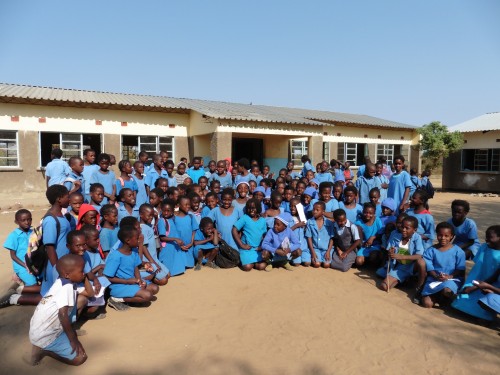 The 1,100 pupils at River View School are to receive a new bore hole

This year in Zambia there has been a serious outbreak in malaria, which is some areas has turned into an emergency. The environmental officers believe it is due to the unseasonable heavy rain which fell in March, leaving a considerable amount of stagnant water in rural areas. I am pleased to say that the areas in Mukuni, where we applied the new intervention, have not been affected. This is an extract from a letter sent to us from the Ministry of Health:

‘The application of the products in eight communities in the Mukuni Chiefdom has contributed to the reduction of malaria in Mukuni area. This is because the chemicals are very effective in fighting the malaria vector.’ 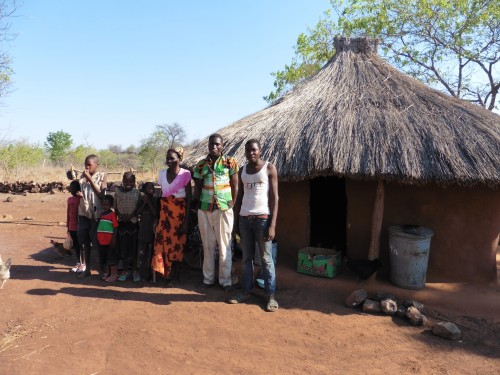 One of the 1,000 plus households to receive protection from malaria

In other areas Singwamba Health Centre recorded 3,245 cases of malaria and the tragic deaths of twelve children aged between one and thirteen years. After putting out an appeal on Facebook, amazingly donors instantly responded and a considerable amount of money was raised. We have since applied the safe granules in mosquito breeding grounds, in the worst affected areas, to prevent the larva from developing into mosquito. 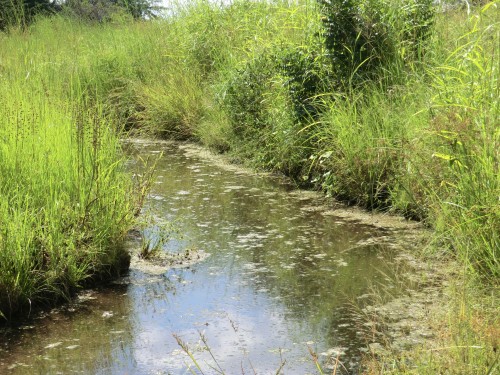 On the education front we received substantial funding from Jersey Overseas Aid Commission to add two 1×3 classroom blocks and a solar system to N’gandu School. This is being done through their Community Works Project and once again we will host volunteers from Jersey to help with the construction. Arnewood School has raised funds for a boarding shelter at Mukuni, a group of their students will shortly travel to Zambia to volunteer. 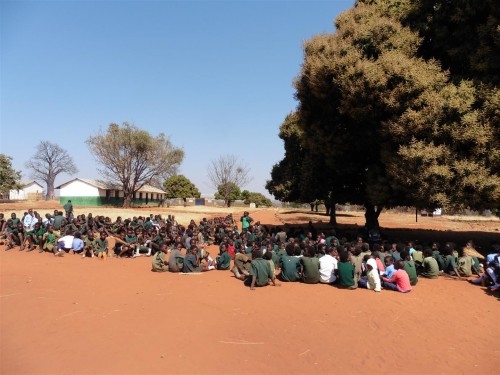 Sinsimuku Community School is currently being developed with the construction of two classrooms, latrines and a teacher’s house, thanks to a further donation from Attraction Tickets Direct. In addition a recent donation from a US volunteer will enable our young peer educators to carry out more workshops in HIV prevention. More orphans are to be sponsored and our partner, the Mukuni Village Trust in South Australia, has offered to continue supporting forty orphans. 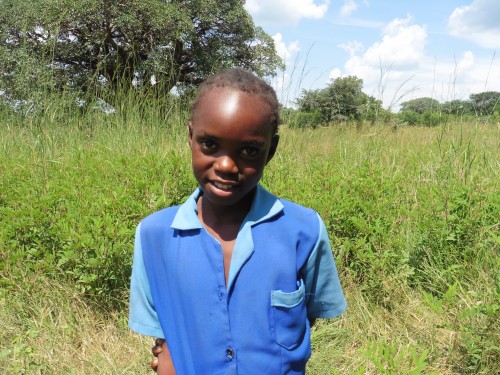 Florence – one of the 40 orphans sponsored by the Australian group

We have a brand ‘new look’ website, kindly donated by Miranda de Freston, one of our trustees and owner of Morphity.

These generous offers of support and funds help to sustain our on going projects as well as allowing us to reach out to more remote communities in in the Southern Province of Zambia.