From its concept in 2006 one of my aims was that The Butterfly Tree would to attract Travel Philanthropists from all over the world. The area where we are based in Zambia is close to one of the most magnificent sites, not just in Africa, but on the planet. Discovered by David Livingstone in 1855, the Victoria Falls, know locally as the Mosi-oa-Tunya (‘the smoke that thunders’) is the world’s largest sheet of falling water. 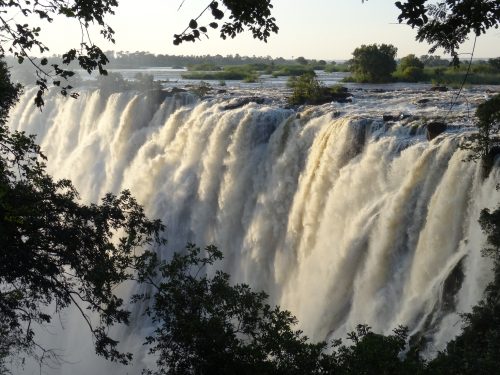 The Mighty Victoria Falls in March

The Victoria Falls is 1708 metres wide with a maximum drop of 108 metres. 50 million litres of water per minute drops from the Zambezi River, the fourth longest river in Africa, crossing through Zambia, Angola, Namibia, Botswana, Zimbabwe and Mozambique before reaching the Indian Ocean. This spectacular site attracts tourists from around the globe and it is largely due to this phenomenon that we have enticed a number of travel philanthropists and volunteers to work with us on our projects. 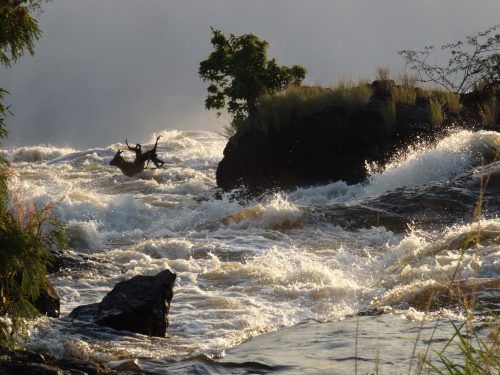 The Zambezi River at the edge of the Victoria Falls

Last month I was in Zambia to host a group from Canada and Australia, led by Marilee and Grant Gibson, who I met when they were visiting the area in 2012. Ever since the couple have been regular fundraisers for our cause. In March this year they brought with them a team of retired doctors, nurses and teachers to volunteer at Mukuni School and Health Centre, as well as donating funds for mosquito nets, school desks and text books. After this experience they pledged further support. 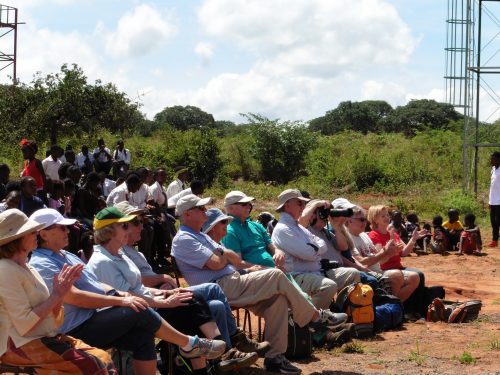 John Staab, from Motive Real Estate, Texas also arrived to see the construction of the community houses, which his company is funding. For every house that is sold John donates a community house for the elderly or widows, looking after orphans. In the past nine months John has donated funds for seven houses with two more on the way. 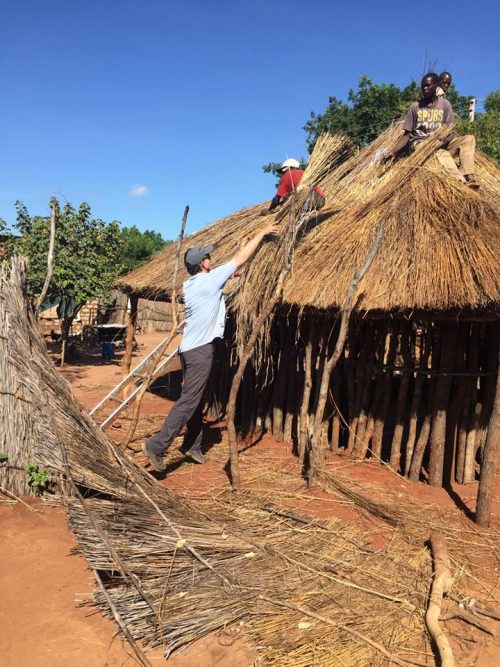 John Staab lending a hand to the thatchers – Mukuni Village

For young people in Mukuni and other rural villages the challenges are abundant. Lack of education, disease, unemployment and poverty are some of the main issues. We have sponsored hundreds or orphans in education, a number of them are now in college or employment. For those who have left school and aim to seek further education volunteering is vital in helping them to gain confidence and experience. We now have a very powerful group, formerly trained under Meet Mutsa’s ‘Catch me I’m a Butterfly’ project, actively involved in helping to make a difference. 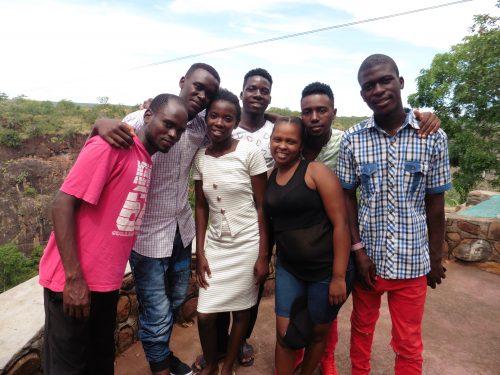 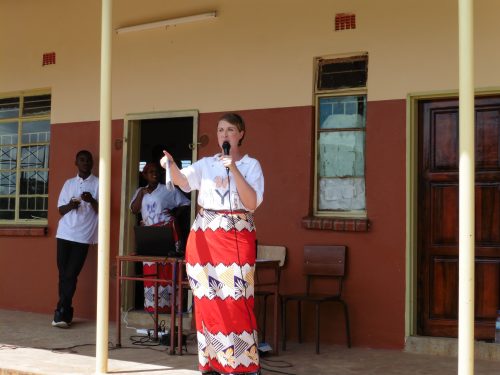 From Dubai we welcomed Katie Bezou and Katerina Player, who raised a considerable amount of funds to purchase school supplies and equipment for Mukuni Primary Section. Katie is currently teaching in the pre-school, while Katerina is helping out in the special education class, which we built in 2011. 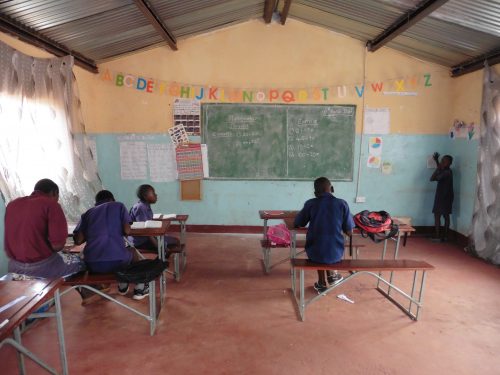 This week Tracy and Charlie Flavell arrived in Mukuni. Charlie’s wish, for his 18th birthday, was to paint a classroom for orphans. His mother Tracey offered Charlie the chance to travel to Zambia to fulfil his wish – instead of receiving presents his family and friends donated funds to paint the classroom and to purchase school text books. Tracey will be working with bereaved children and Charlie will be teaching and painting! 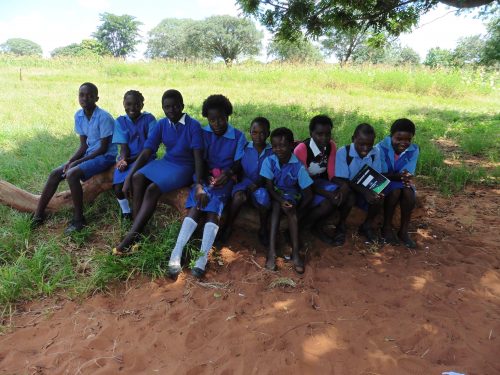 These travellers have donated not only their time, but a considerable amount of money. This has given a huge boost to the local schools and clinics at Mukuni, Kamwi, River View and Singwamba. Travel philanthropy is a two-way objective, it not only gives you an opportunity to visit a developing country, but it can offer an incite into the lives of indigenous people, which can be a rewarding and often a life-changing experience. In 2006 I was a traveller to the Victoria Falls and became a philanthropist. I would like to thank all those who have followed in my footsteps!