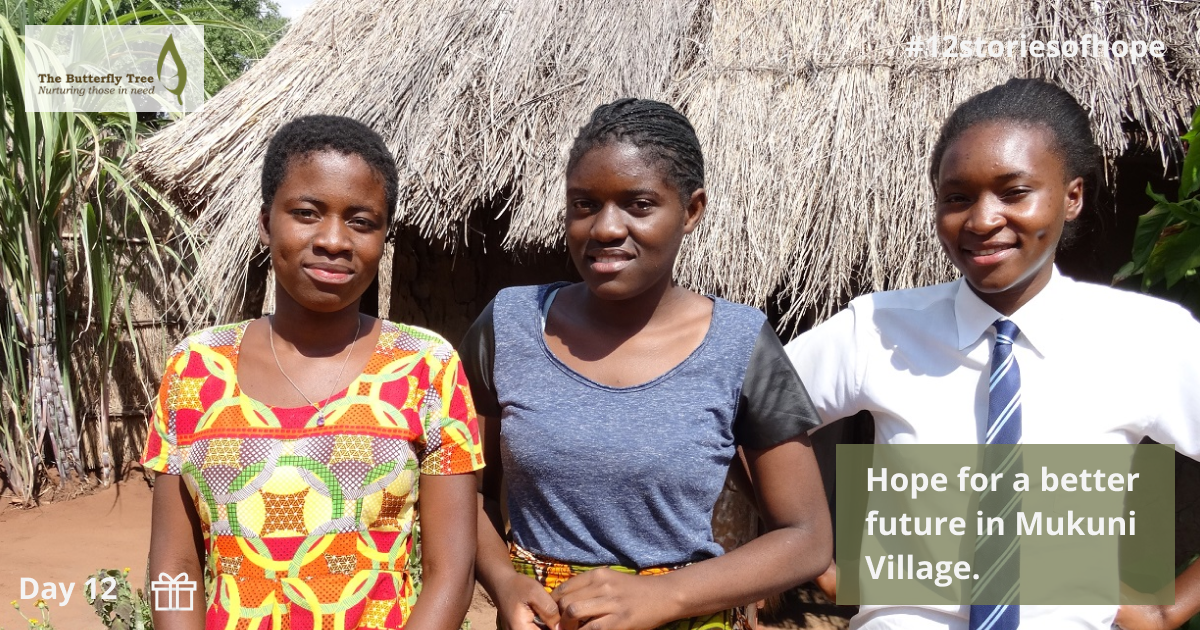 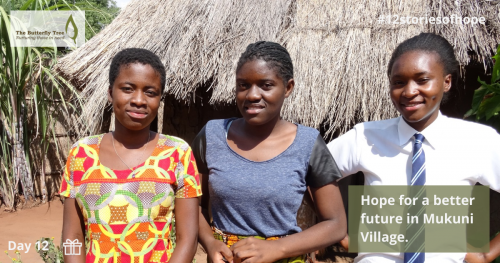 HOPE OF A BETTER FUTURE
In 2006 Jane Kaye-Bailey visited Mukuni Village and met three little girls who showed her their humble home and proceeded to follow her round the village. Three weeks after returning to the UK Jane decided to go back to Zambia to see how she could offer help to this poor community. Firstly, she wanted to find the three girls but only had a photograph and no names. After showing the photo to several people the following day, she arrived in Mukuni to find the three shy little girls sitting under a tree patiently waiting for her. After learning they lived in extreme poverty and could not afford to go to preschool, Jane offered to sponsor them.
Despite all the hardships, and two of them each losing a parent, the girls have worked hard to gain a sound education. Esnart was made Head girl, excels in public speaking, and after completing school in 2019 is now training with the police. Angela will shortly enter her final year at high school and has also been given the position of Head girl as a result of earning good grades. Cynthia, despite struggling academically, has persevered, and starts high school in January. This is just one story of the hundreds of orphans and vulnerable children The Butterfly Tree has helped to educate. Thousands more have better health and education facilities, access to safe water, improved sanitation, feeding programmes, and prevention against malaria.
Wishing all The Butterfly Tree Charity donors, volunteers and beneficiaries a Happy Christmas. Thank you all for the tremendous support you have given us and for putting your trust in us, most especially during this challenging year. We hope that the New Year will bring you good health, peace and prosperity.
Donations can be made using either of these links:
https://www.paypal.com/gb/fundraiser/charity/20638
https://donate.kindlink.com/the-butterfly-tree/1598