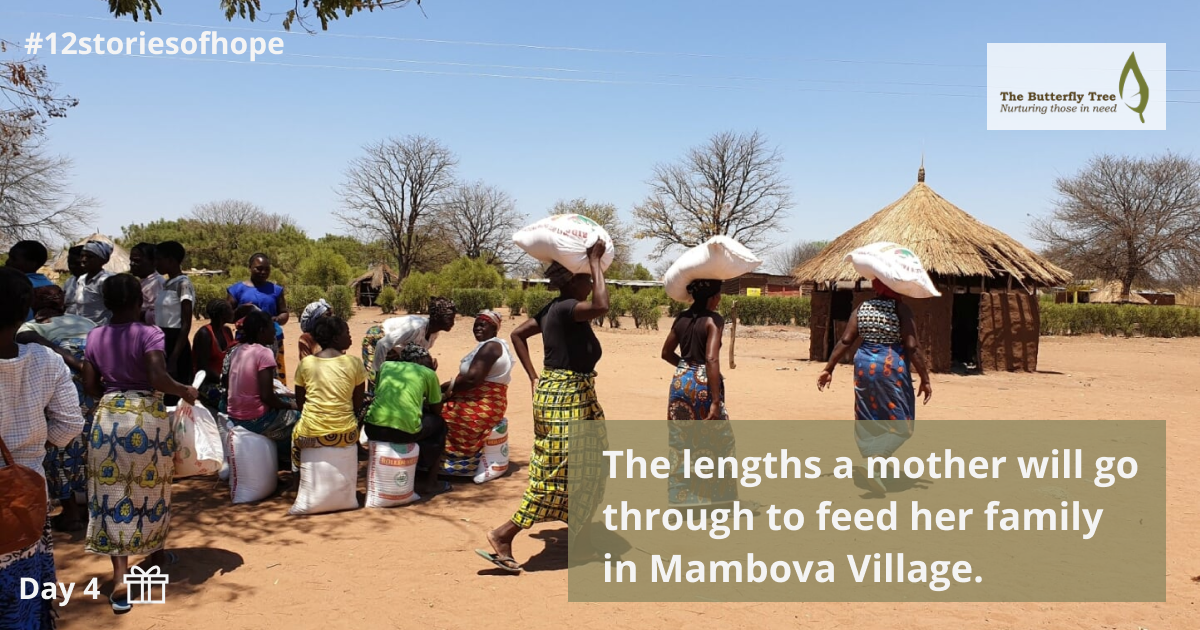 Maize is the staple diet of Zambians. In 2019 the worst drought in 30 years hit the Southern and Western Provinces of Zambia. Severe hunger and in some areas famine was widespread. Crops perished and farmers resorted to selling their livestock and burning charcoal to raise money to feed their families. Some were only able to feed their children on wild roots and berries from the bush, going two, months without a proper meal. One old lady said ‘she was boiling soil to fill her grandchildren’s bellies.’

Another woman with four young children, after hearing we were distributing maize in Muyunda, walked 15km – unfortunately, she was too late. Not to be deterred she visited one of our volunteers who was able to give her a bag of maize. Happily, she placed it on top of her head then walked the 15km back to her village, with her offspring! The Butterfly Tree continually donated bags of maize to some 10,000 households and gave regular donations of food to orphans and vulnerable children in Mukuni, Nyawa, Sekute and Musokotwane Chiefdoms, helping to prevent a severe famine.

Please use either of these links if you would like to make a donation:
https://www.paypal.com/gb/fundraiser/charity/20638
https://donate.kindlink.com/the-butterfly-tree/1598