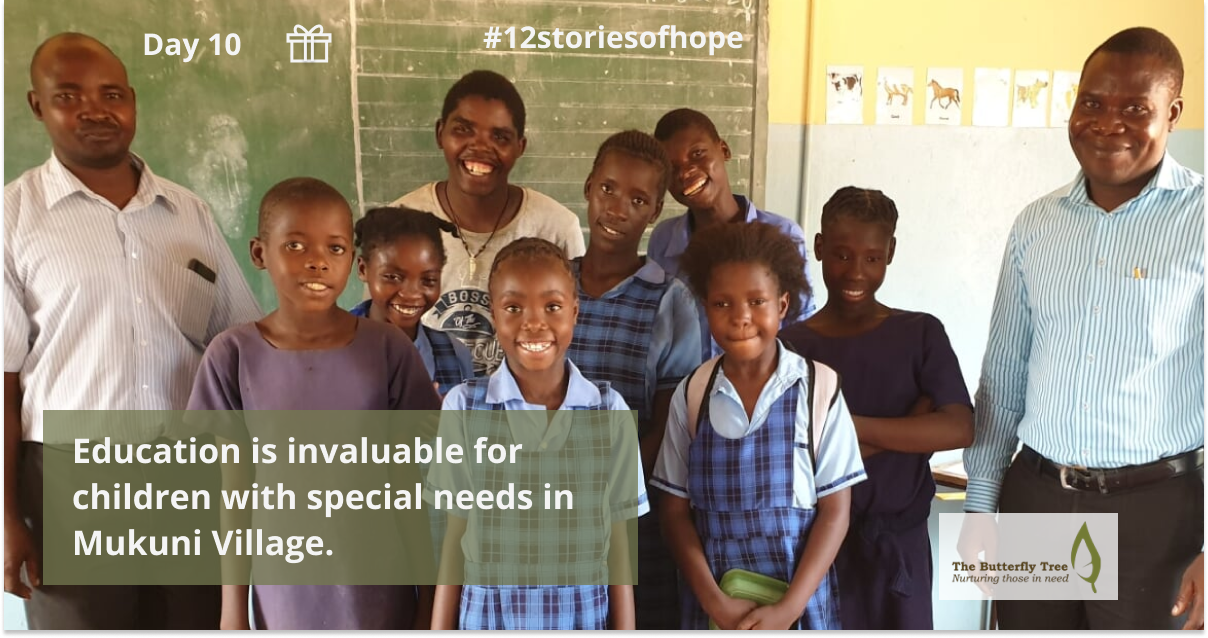 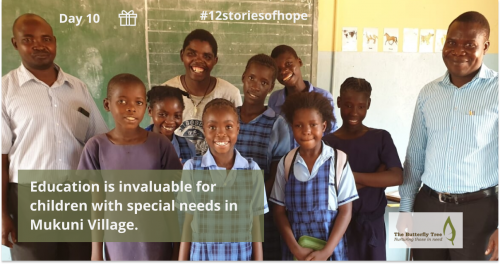 SPECIAL EDUCATION
When the founder of The Butterfly Tree met Joseph at the age of 6, Jane learnt that he was born with cerebral palsy and could not stand without toppling over. The charity provided funds for Joseph to have physiotherapy sessions for one year, after which he could walk, but sadly he had never been to school. Like most children with physical and mental disabilities he just stayed at home with his grandparents. The charity had previously discovered that there were no facilities for children with special needs and subsequently raised funds to build the first facility of its kind in Mukuni Village. Joseph started attending school one day per week, shortly increasing it to daily. He is now 14 years old, is very intelligent, enjoys going to school and loves to play football. He and his friends, with a variety of disabilities, receive a sound education. The charity has since built special education units at River View, Simango and Katapazi Schools.
Donations can be made using either of these links:
https://www.paypal.com/gb/fundraiser/charity/20638 https://donate.kindlink.com/the-butterfly-tree/1598