The Mukuni Health Centre has to cover for a population in excess of 7,000 people. When I first visited the health centre in March 2006 is was in an appalling state. The clinic had one thermometer and one blood pressure monitor. 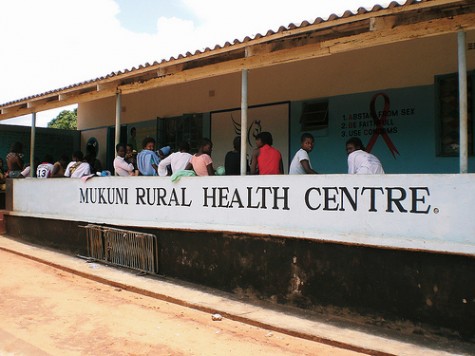 Our first donation included funding restoration work and providing much needed medical supplies for Mukuni Health Centre. We have since provided blankets, sheets and all kinds of medical equipment including vast amounts of bandages, syringes, pregnancy testing kits to name but a few.

The Mukuni Health Centre is run by an experienced and dedicated team with whom I have become good friends. I have watched them face the harsh, daily challenges due to the lack of funds and inadequate facilities, treating people with HIV/AIDS, TB, malaria and children suffering from malnutrition.

The Mukuni Health Centre is run by a clinical officer, two nurses and two CDES with a twice weekly visit from a doctor. Members of staff often have to use their own money to help a mother feed a baby suffering from malnutrition.

A VCT Centre (Voluntary Counselling and Testing), was opened in October 2006 funded by The American Embassy. This addition is proving to be very successful for patients, who previously could not afford to travel to town for retroviral treatment, now they are able to receive it at the centre. However it is not fully equipped, the electrical wiring is defective and the present number of three fully trained staff cannot meet all the requirements of running the general clinic as well as the VCT centre.

One of the most distressing pieces of information I gathered from the nurses was about women from remote villages walking miles while ‘in labour’, to reach the Mukuni Health Centre for the birth of their babies. As a result I decided to not only raise funds for a ‘shelter’ for women but to build a complete maternity centre. Funds are in place and building will start in June we have raised further funds to buy the necessary equipment required. 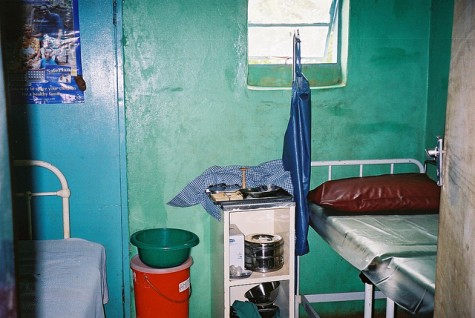 Another priority of mine was to fund a ‘feeding’ program for the under-fives, after learning about the heartbreak story of one of the children we are sponsoring who lost not only his father from TB in April but his baby sister from malnutrition. The feeding program commenced in May 2007.